I’ve been wanting to write about the things that caught my eye at the museums in D.C. but things got really busy at school. So three weeks after the trip, here’s my top 10 in no particular order:

I saw this lone duck swimming in the man-made waterfall (Grandfather Rocks) outside the National Museum of the American Indian (AIM). I found it really charming because it was the only duck there, so I didn’t suffer from the “see one, seen it all” syndrome here. 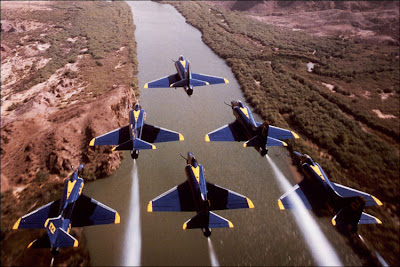 I’ve never seen an IMAX show, so it was a must see when I went to the National Air and Space Museum. I decided to see To Fly because it was the first and the most popular IMAX show. It was pretty good. However towards the middle, the horizon started to swerve left and right following the movement of the jets and the hand-glider and that was when I felt a bout of motion sickness. After that I just wanted the show to end and spare me the agony. 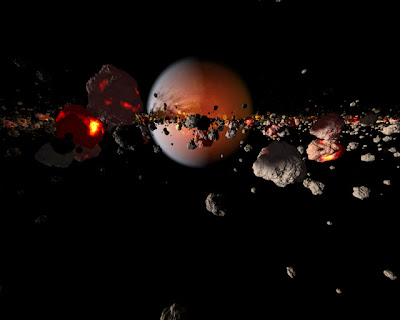 And I’ve never seen a planetarium show, so it was another must see. It was an ok show. But then I heard the narrator, Robert Redford, announced:

And in less than a month… incredible as it may seem…our moon was formed. That’s right. It took only one month to create our moon.

And that got my mind reeling: How did they know it was one month? How can they be sure of it?

Anyway, when the lights came up, I saw a 4-year old boy, who came in with his mom, sleeping soundly in his seat. So funny, he slept through the cosmic collisions. 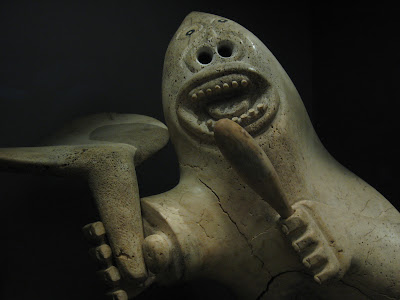 I thought this was so adorable. 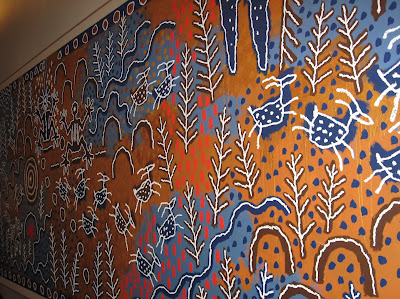 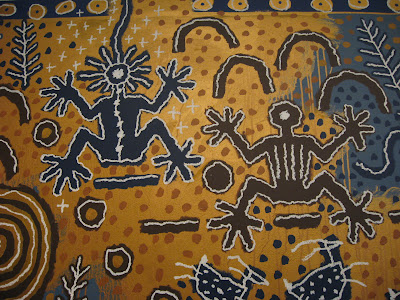 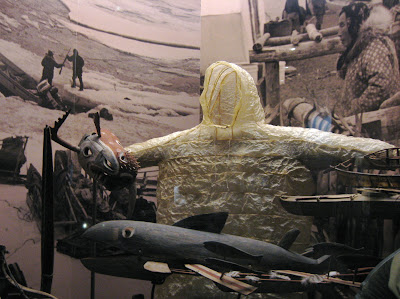 I almost bypassed this exhibit but I stopped when I read the plaque and learned that the raincoat was made from the gut-skin of seals. Gut-skin raincoat..that’s amazing! Actually, I don’t think it rains much in Alaska, so I should call it a gut-skin windbreaker instead. 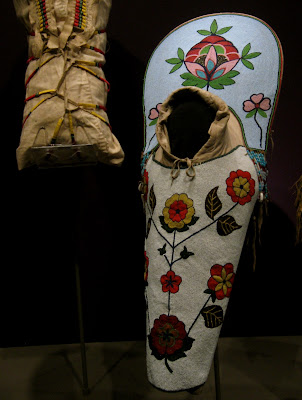 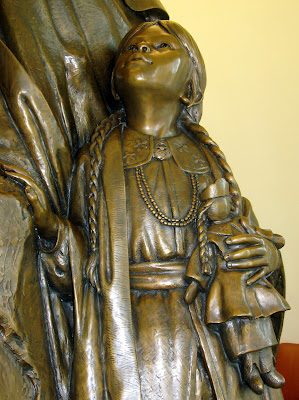 This little girl was at the back of the statue. What is she looking at? 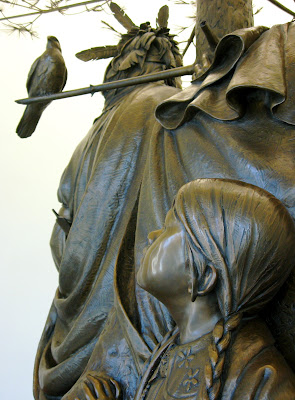 I was at the Freer and Sackler Gallery towards the end of the trip. Tired and suffering from the “See one, Seen it all” syndrome. And then I saw these two Japanese screens by Ito Jakuchu.

According to wikipedia:
Another of his famous pieces, dubbed “Birds and Animals in the Flower Garden,” is arguably one of the most modern-looking pieces to come out of Japan during this period. The piece, one of a pair of six-fold screens, depicts a white elephant and a number of other animals in a garden. What makes it unique, eccentric and modern is the division of the entire piece into a grid of squares roughly a centimeter on each side. Each square was colored individually, in order to create the resulting aggregate image.

This is my number one D.C. highlight. However, after running through 3 museums (National Air & Space Museum,
Museum of the American Indian and the Freer and Sackler Galleries of Asian Art)
in 6 hours, I realized that too much of a good thing is bad. I ended up browsing through many things but learning nothing much. I became a museum burnout.

I’ve learned my lesson, next time I’ll choose just one museum and spend my time slowly looking through the things and actually learn something during my visit.

I went to the annual National Cherry Blossom Festival in Washington DC today. While I recuperate from waking up before dawn, long bus rides, day-long walkathon, numerous security checks at museum entrances, and people, people and more people everywhere, here are some photos of the cherry blossoms and tulips. Enjoy!